On July 6, City Council approved an emergency ordinance requiring face coverings be worn in certain circumstances starting Friday, July 10 at 12:01 AM. The requirement is in effect for 60 days unless City Council votes to suspend it sooner.

UPDATE: This was originally set to expire September 8 but was extended to October 23rd.
*Source: The Herald

With the continued increase of COVID-19 rates in York County, Fort Mill Town Council approved an ordinance on July 6, 2020, requiring the public to wear face coverings while inside any food, retail and service establishments within Town limits and inside any Town government offices. The ordinance took effect July 8, 2020, and will last for 30 days

UPDATE: As of August 11th, City of Fort Mill no longer has Mask Ordinance in effect

Mayor David O’Neal issued the following Mayoral Proclamation July 6, 2020 strongly encouraging everyone to wear masks or face coverings when inside the enclosed area of any retail or food service establishment (except while eating or drinking). This includes employees of those establishments as well.

An emergency Ordinance to require facial coverings in restaurants, stores and other public places failed, 2-5 on July 13, 2020. Instead, in a resolution that was passed immediately afterward, the council is “urging” its residents to wear masks in public, effectively emphasizing what the South Carolina state government has been communicating for months.

York City Council voted Mask Mandate for Retail and Food service Establishments. It shall remain in effect through the duration of a declared pandemic emergency, or any extensions or modifications thereof by the Governor of South Carolina or by City Council.

City of Chester passed Emergency Ordinance on June 29, 2020 to require face mask in public effective during the Pandemic.

Lancaster City Council called a special meeting June 30 that included a resolution “strongly encouraging all residents to perform their patriotic duty” by wearing masks in public, and calling for Gov. Henry McMaster to issue a statewide mask requirement. 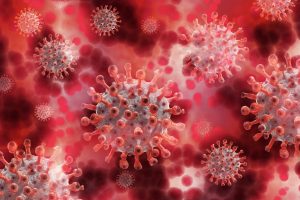